Bogo City | Deal or No Deal?


Progress is never attained with just the blink of an eye. Progress entails a process-a step by step procedure that is accompanied with toils, perseverance, and determination. Bogo, spearheaded by its mayor, Hon. Celestino “Junie” Martinez Jr, is a municipality struggling to become a city just to provide more improvement and employment to its people. 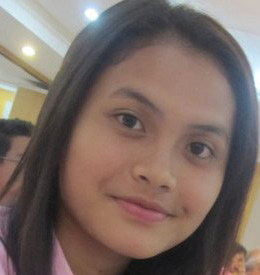 Until now, it is still considered an issue whether Bogo is much better a city than remain as a municipality. Bogo, together with other municipalities pursuing the common goal, worked hand in hand just to be considered as a city. Why do you think they are doing this?

Simply because, cityhood provides more income, thus, having a great chance to create projects for the betterment of its people. More business ventures will come and we could expect that job hiring will increase. This will then help the Bogohanons. Add the fact that if Bogo will become a city, universities, both public and private, will be situated here and we do not need to go to the Cebu city just to ensure quality college education because we already have it.

Admittedly, some people did not recognize these facts. Ironically speaking, they are being blindfolded and seemed to be unaware of the opportunities cityhood may bring. Thanks to our honorable mayor has never given up in this quest no matter how big the barrier was. Now, the battle has finally ended. The hardships are all worth it. We start to face again another battle – a battle leading us to industrialization and globalization.

Bogo City: Is this a good idea?

Bogo is a rich place, full of resources and raw materials. It is the best place for business and establishments. But Bogo, I believe, will never be economically independent if it is not declared as a city.

Bogo cityhood, though, is one of the hottest and most talked-about issue around the place. Every person has his own stand about this issue. Some may say that it is best for Bogo to stay as a town. And others may say that they prefer it as a city. Because of this, arguments and sub-issues arise. Many people were affected, especially the young ones. Confusions form, “what will I call Bogo, city or town?” Yes, this is really happening, and I admit that I am one of those confused people. The changes of the decisions the Supreme Court has made, the different views of the people, they are all head-cracking! So if you ask me what my stand is, I stand for Bogo as a city.

The cityhood of Bogo is indeed very important because it is a sign of prosperity and success as a whole, not to mention the opportunities that await us after the proclamation. Consider this, when Bogo becomes a city, it opens a lot of business opportunities for businessmen and entrepreneurs. It also allows a number of universities to branch out here in our place. If that happens, many people will be benefited. There will be many vacancies in many working positions, and there will be more standardized schools. Is that not a good idea?

As what I have mentioned earlier, Bogo is a rich place. It would be a waste for a rich place to stay as a town. Think about our resources, how can we preserve and show it to the world if we remain small? What about our raw materials, will we just remain supplying other cities raw materials? Why can’t we use those materials for our own? Do you prefer to wait and make it rot? No! Bogo is so blessed to have these things. We must show it to the world and be proud of it. Our resources are like our talents, if you practice much for it and show that you have the guts, you can succeed. Just like Charice Pempengko, she had the voice and the talent. And she showed that she had the will to make every Filipino proud. Now, she is an international singer and heads-up to be a Filipino. But if you keep this talents to yourself, eventually, it will fade up. And Bogo is just like that! Reflect Bogohanons, would you wait for Bogo to get rotten or fade up?

There are many reasons why some people stops Bogo from rising. And one of these, in general, is politics. “Man is, by nature, a political animal,” according to Aristotle, an ancient Greek philosopher who became the mentor of the greatest world conqueror, Alexander the Great. What separates man from an animal is the ability of man to think, give and articulate his reason. Man can be the best animal when he uses his intellect and acts as a beast when overshadowed by his passion. As a political animal, each has his own role to partake of in the society. We are surrounded by best minds in the city. All are intellectuals, how come that we are still struggling as a town? What goes wrong? Some politicians want to keep Bogo for themselves. They see Bogo as a great place, a good source for money, and the best site for business. But since they are not holding Bogo yet, they keep it from growing. By this, I can conclude that they want Bogo to grow only when their names will be put to frame as this happens. Keeping Bogo from growing only shows that they are self-interested. They never really care about impressing anyone, as long as they hold the power, it doesn’t matter.

Well, “man is born free, but everywhere, he is in chain,” says Jean Jacques Roussueau, a naturalist philosopher. We can do anything we want, we can even colonize a nation, as long as we hold the power. Men are unequal in strength and cunning, but that would not give them the license to dominate others because the motive for such domination is lacking. The strongest in the state of nature has no right but only might in his side, and it lasts only as long as their strength endures. Power fades, and everything we do is limited. I believe, I hope and I pray that they will never succeed. God is always guiding Bogo and through the help of our very patient and active mayor, we will succeed. A good leader produces a good state. But a good leader paired with cooperative people produces a good, united and strong city. And Bogo will be that kind of city, a city richer than ever and a city which is economically independent to others, instead, other cities will be dependent to Bogo. We have already reached a few steps, let us add a few more until we get to the top. Striving is not easy. Trying is a word we cannot measure because it needs confidence and faith. We must keep on walking without losing our tracks and contact to the ground. Bogo, strive to try your best and reach the stars above. Believe in God and show them that you can make this. Yes, you can!


“This is my quest to follow that star, no matter how hopeless, no matter how far.”
This is the line from a classic song, “Impossible Dream”, a song that will likely describe the determination of Bogo to become a city. 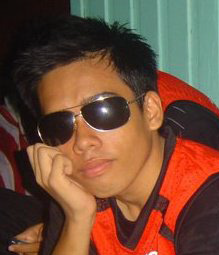 The Supreme Court has recently reversed its decision of blocking Bogo’s dream to become a city. In other words, Bogo is a city again. Lucky break for the Bogohanons. Once more, a seemingly elusive dream has turned into reality.

This is the fifth time that the SC changed its decision. In 2007, after majority of Bogohanons voted yes in a plebiscite for cityhood, the Supreme Court approved and called Bogo a City. But more than a year later, the court reviewed the case and eventually took back its vindication of the cityhood of Bogo. Then, the League of cities, an organization of 16 municipalities which aspires to become a city and is spearheaded by our very own mayor Celestino Martinez Jr. , appealed and got the nod of SC once more. Later, the Court had changed its ruling again, saying that Bogo does not deserve to become a City. A decision that led to another appeal and finally the Supreme Court, which has the characteristics of the weather, has approved, to the strongest sense of the word, the City of Bogo as well as the other municipalities that compromised the league of Cities.

A roller coaster ride indeed. But it only shows the willingness of Bogo to become a City. The effort was there and it was rewarded, which is though not perfect, still sweet.
But the question is, does Bogo deserve to become a City?

For me, it’s about time to be one. Population is growing and Bogohanons need work and through this, we can get so many opportunities. Bogo’s income will increase thus resulting to improvements. We have the qualifications to become a city and I think it is just to become one.

We can see the unity of Bogohanons in its desire for cityhood. It is evident in the plebiscite held last 2007. The longing to become a city is superior thus inspiring the Bogo Government to work hands-on to give the suffix “City” to its name.

The sad thing is, some of us are pessimistic. They only see the cons of becoming a city and are not taking a look at the pros. Yes, we all have different stands about the issue but some Bogohanons should realize that this is for their own good.

But despite of that, we will see the positive effect of Bogo Cityhood one of these days. In fact, some of it is already visible to our naked eye and there’s still more to come. The government has done its job and though there were obstacles along the way, the determination kept the flame of hope burning. Now we can start our very much awaited desire to have forward.

As the song goes, To dream the impossible dream”, the seemingly impossible dream has indeed turned into reality and like the line written in Supreme Court’s decision, it’s final and executor.