Yes, you read it right. Today, the local government of the City of Bogo will host once again an Ultra Marathon. The 160 Ultra Marathon or the so called Hardcore Hundred Miles Ultra Marathon will be in Bogo City. 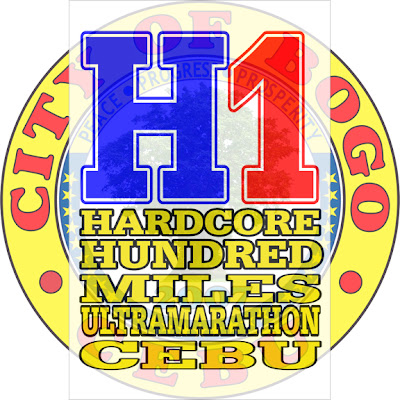 An estimated 100 to 200 hardcore runners / athletes, support staff, marathon enthusiasts, physical fitness advocates and media men will be arriving today at the Bogo Lites Center in preparation for the said race that will commence at 1:00am, November 17, 2012 infront of the New Bogo City Hall, New Bogo Government Center and IT Park, Cayang, City of Bogo, Cebu.

At 12:00pm today, the runners and other visitors will have their welcome lunch at Bogo Lites Center hosted by City Mayor Celestino Junie Martinez, Jr. and other city officials.

The runners will arrive at the finishing line (still at the New City Hall of Bogo) on November 18, 2012, Sunday at 7:00 in the morning.

OTHER RACE INFO:
Cutoff  Time 1: 112 Kilometers (Borbon Municipal Hall)/ Twenty hours (Runners not able to make it in 20:00:00 hours / 9:00 PM November 17, 2012 will be declared DID NOT FINISH and will NO longer be allowed to continue). Registered pacers are allowed from this point on.

Cutoff  Time 2: 160 Kilometers /  Thirty hours (30:00:00 hours) after which the race shall be declared officially closed and all runners still on the course will declared DID NOT FINISH

Race bibs and pre-race items will be given at the briefing.

Free sleeping quarters will be provided for starting November 16, 2012 ONLY for registered
participants and pacers.

Lunch will be served at the briefing ONLY for registered participants and pacers.

Breakfast will be provided for at the close of the race (7:00 AM November 18, 2012) ONLY for registered participants and pacers.

THIS IS A SEMI SELF-SUPPORTING RACE. All runners have the option for crew support or carry their own provisions for the duration of the race.

There will be only THREE time checkpoints/food  and hydration stations at ~ Kilometers 50, 80 and 112 respectively.  Drop bags will be allowed at the said points where runners can have access to their personal things. Additionally, there will be roving vehicles bearing water/food in different areas.

Pacers will be allowed (Only one per runner and only the registered pacer is allowed to do the pacing) from Kilometer 112 (Borbon Municipal Hall) onwards or starting at 5:00 PM, November 17 whichever comes first. At no point before this distance or designated time are pacers allowed.

All runners must have the mandatory gear such as headlamps/reflectorized vest that must be worn at the appropriate times.

Runners are encouraged to stay on the left side of the road, that is, facing the traffic whenever safe and applicable.

It is the the responsibility of the runners to be familiar with the race route and to look after the safety and welfare of their support crew, if any.

The event title speaks for itself.

The Race Director may, at any time, modify the race rules and/or course with the welfare of the runners as the utmost consideration.