New City of Bogo : ON GREAT THINGS AND SLOW BEGINNINGS 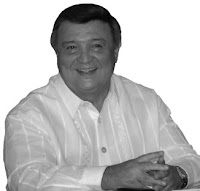 It is possible some of our fellow Bogohanons have not yet seen our new city hall - the one whose construction has been stopped when our funds ran out after our Internal Revenue Allotment (IRA) as city was unceremoniously cut in the wake of the “cityhood” controversy instigated by the country’s League of Cities. Fortunately, the issue has been resolved with finality and although the sizable amount of IRA withheld from us (together with those of the 15 other new cities who waged the fight against the League at the Supreme Court), has not yet been restored, we are hopeful we will be able to recover them in time. 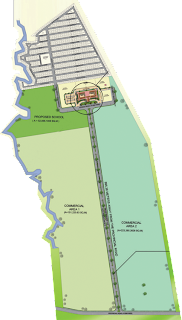 The hope is based on nothing less than the principles of equity and justice – principles without which good public governance is impossible. These are principles which the Philippine government, especially with Pres. Noynoy Aquino at the helm, has ardently subscribed to.

I brought up this issue for three reasons. First, I want to inform our constituents that even if we will not be able to recover the withheld IRA, work on the new city hall will soon be resumed. It’s just a matter of time. Second, I wish to highlight why finishing the new city hall is imperative. In a very recent media forum in Cebu City to which yours truly was invited (September 27, 2011), I told the TV reporter who interviewed me regarding the status of our IRA, that we will do our best to really recover the withheld funds because we need them to fund our development projects, especially for our new city hall. The importance of the latter with respect to our long-range goals cannot be overemphasized.

The site of any city hall becomes a place where many people converge because of transactions with the government. It cannot, therefore, avoid eventually becoming a node for heavy foot and vehicular traffic – which is important for business. This is precisely the reason why the land and properties developer giant, Robinson’s, bought a property in the area where it saw our new city hall was constructed. It intends to soon develop in said property a mall with plenty of space for different types of businesses.

The choice of the City Government to move the city hall to the identified new business district has been dictated by topographical as well as geographical considerations. It will be observed that this area is so flat, so vast and so vacant that development will definitely be not difficult compared to one which would be done on rugged terrain.

Then there is the matter of geography. The location is at the virtual mouth of the road network through which people going to and from the six other municipalities comprising northern Cebu, must pass. In addition, the location is very near the port of Polambato which, even with its potential not yet fully developed, is already bringing in passengers and cargo in volumes never experienced by our City before. There is also the nearby 42-hectare Fernan property which has been declared a Special Economic Zone which, when developed, will most likely prove to be another economic engine that will propel our beloved City to new economic heights. Anyone with even a moderate capacity for imagination will not have a difficult time painting a picture of how the place will look like a few years from now. There is, therefore, need for our people to be on the lookout for the opportunities that will come with the coming tide of new developments.

My third reason for bringing up in this edition of “Kanaas” the topic of the stopped work on the new city hall is to tell our fellow Bogohanons not to get discouraged if our efforts do not seem to be getting the desired results fast enough. Some people, especially those who want to see us fail, might have kept on saying that we have abandoned our project which, they contend, as too ambitious and unnecessary, in the first place. Nothing could be farther from the truth. We were merely temporarily stopped because of circumstances beyond our control, but we never had a moment where we lost sight of the importance of the project. Also, neither was there a moment when the City Government wavered in its resolve to finish what it had started. This is simply in keeping with my principle in life to always take good care of things started.

Anyway, I would like to remind our constituents that if some of our endeavors happen to have slow beginnings, so do many of the great things the world is now enjoying.

The first electric light by Thomas Edison was so dim that it was necessary to light a candle in order to see its socket. The first steamboats were so slow they could only travel at a speed of 5 miles per hour. The first airplane flight by Wilbur and Orville Wright lasted only 12 seconds. The first automobiles were so loud and so slow they could only run at 2 to 4 miles per hour and they often broke down. In fact, they were so slow that horse-drawn carriages would overtake them with ease, and passengers would shout, “Get a horse!” But look at what these things are capable of doing now.

In our efforts, whether as government, as community, as church, as individuals, it is important that we do not get discouraged easily by slow beginnings.